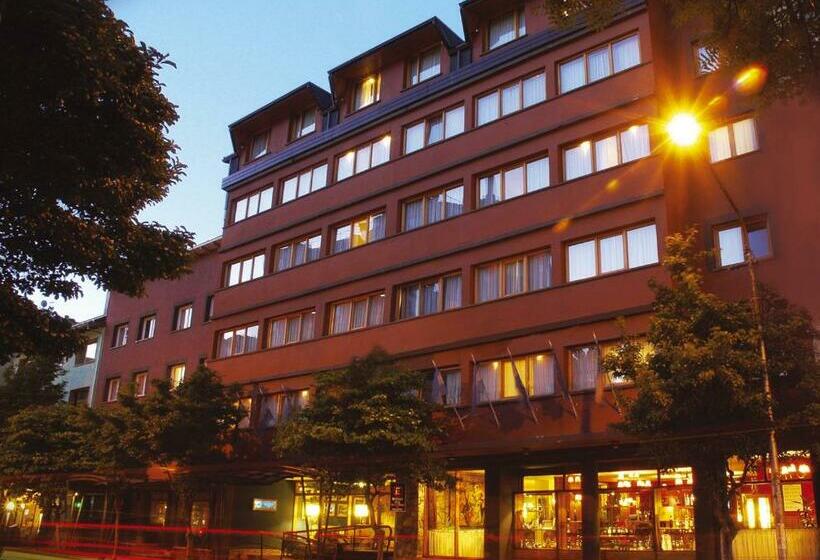 A stay at Hotel Nahuel Huapi places you in the heart of Bariloche, walking distance from Museum of Patagonia and Municipal Capilla La Inmaculada Historical Monument. This hotel is within close proximity of Civic Center Bariloche and Panuelo Port. Make use of convenient amenities such as complimentary wireless Internet access, concierge services, and a television in the lobby. Featured amenities include complimentary high-speed (wired) Internet access, a computer station, and complimentary newspapers in the lobby. Free self parking is available onsite. Make yourself at home in one of the 80 individually decorated guestrooms, featuring minibars and LCD televisions. Complimentary wireless Internet access keeps you connected, and cable programming is available for your entertainment. Private bathrooms with shower/tub combinations feature complimentary toiletries and bidets. Conveniences include phones, as well as safes and desks.